PQA WOLVERHAMPTON students will get the opportunity to see the work
of William Shakespeare in the best way possible in July as they attend
Shakespeare’s Globe Theatre to see a production of The Tempest.
Spending a night in London students will also have a backstage tour of the
theatre and a Workshop with Globe team members focused on the play
before seeing the play as Groundlings, from the floor of the auditorium.
“We have fingers crossed for good weather,” said Principal and tour
organiser Julian, “whatever happens we will have a great time but obviously
an evening that is at least dry will be best. The older students have just
completed the Shakespeare Awards with Royal Academy of Dramatic Art
with a 100% pass rate which was fabulous but to most the works are seen
as less than exciting, mainly due to the focus on the literature aspects in
schools. We want them to see the play ‘on it’s feet’, as they were meant to
be seen and where better than The Globe”.
Students will also explore the Southbank, taking in the markets, National
Theatre and British Film institute. If there is time they will also visit the
Victoria and Albert Museum to see the Theatrical Exhibits there before
returning home.
Younger students at the academy will be producing their own short version
of Midsummer Nights Dream over the summer term. “Introducing them to
the works and piquing their interest at a young age will give them a huge
advantage when they are older and applying for drama schools. While this
is a long way off yet it is vital to give them this leg up. We want to build with
this age group over the coming years to create a ‘no fear’ approach to the
works”.
Other students will be looking at Dracula and The Crucible this summer
while all will also be involved in making a Movie Musical during classes. 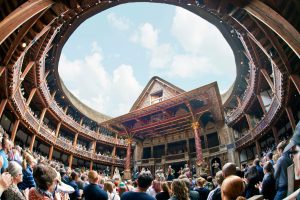