PQA Wolverhampton students were winners in 2 categories at the
Birmingham Film Festival PQA Sessions on Sunday 13th November.
In My Heart Again won the Best All Academy film (meaning it involved all 3
age groups) while One Last Shot was voted winner in the Production Values
Award sponsored by BOA Stage and Screen Production Academy.
The event is an annual screening of PQA films from across the region
organised by Julian, Principal of PQA Wolverhampton in association with
the team at Birmingham Film Festival. This year was the 3rd time the event
has been part of BFF and the day has grown from just a few films to 34 this
year.
“We were really pleased with the number and quality of the films submitted”
said Julian, “it made for a great event and gave our judges some real
challenges. We were fortunate too to have both BOA Stage and Screen
Academy and Screen and Film School Birmingham present to speak to
students about careers in the industry and to participate in a QnA during the
screening”.
The winning films for 2022 were
6-9 years: Lion King. (PQA Sutton Coldfield)
10-12 years: Key Card. (PQA Stroud)
13-18 years: Paradise. (PQA Reading)
All Academy: In My Heart Again. (PQA Wolverhampton)
Best Film: Nonna’s Ravioli. (PQA Stroud)
BOA Production Values Award: One Last Shot (PQA Wolverhampton)
(The BOA award was voted for by staff, students and industry partners of
BOA).
“We have been invited back for 2023 and plan to make the event even bigger
and better with more things for students to do and some very special extra
elements. It is amazing for students to see their films on the iMax of
Millennium Point and for them to be given the same treatment as all of the
other films in the 10 day long festival, we are determined to give as many
students as possible the chance to see themselves on screen”.
Entries for 2023 will open in the New Year. 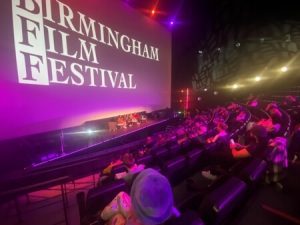 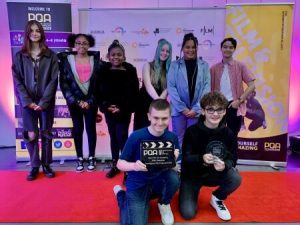 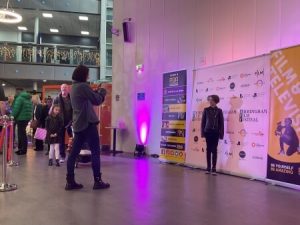 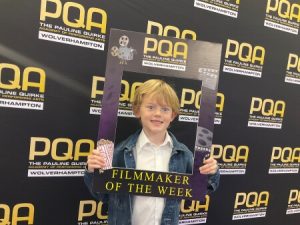 PQA Wolverhampton students had an amazing day at the first PQA Drama Festival on Sunday,…