PQA Richmond walked the red carpet at The Everyman Kings Cross in July. We were delighted to have THREE FILMS in the shortlist of FIFTEEN from 100’s! What an amazing achievement! At the start of the year PQATV and Childrens Media Conference challenged young filmmakers to make a short film on the theme “One Minute to Save the World”. After much deliberation we were very proud to be among the 15 young filmmaker finalists! After a close call, we walked away with the Runners Up award from the whole of The UK! 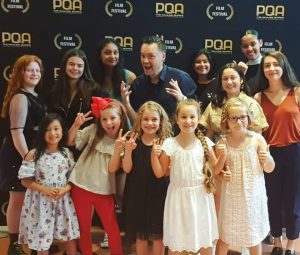 Other news from Richmond

On July 4th 2021, both academies performed at the gorgeous Strawberry Hill House and Garden…

PQA RICHMOND NEWS! A quick reminder that we are on Instagram – please give us…