On 15th September 2019, students aged between 6-18 from over 50 PQA’s across the country took part in the annual Monologue Slam!

Held at PQA Studios in London, students had the amazing opportunity to take part in a workshop with West End Director, Ed Burnside, before taking to the stage with their winning performance.

Winners were invited to perform to a full audience full of not only family and friends, but to members of PQA HQ, West End Director Ed Burnside, Casting Director Nikki Meadows and TV and Stage actor, writer and director Charlie Quirke!

Principal James Aconley said, “We are incredibly proud of Milly and Daisy, as well as all of the other students from PQA York who entered this year’s Monologue Slam. The opportunity for the students to perform at PQA Studios London was fantastic, and they had some really positive feedback from the panel of industry professionals too! We’re excited to take part in next year’s event.” 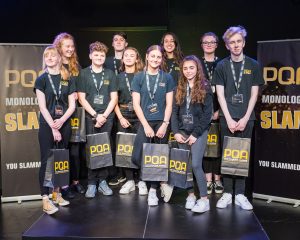 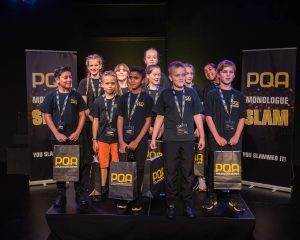