PQA Llandudno had a bake sale party on 18th May to mark the special milestone of our second birthday! Some of the students have grown up with PQA and have been members since the Academy first launched, so it was great to reward them with a PQA party and bake sale.

Our Poppets were also treated to a special masterclass, where they were acting, singing and dancing with our Poppets character, Cory! Our young performers loved every second of it – a fantastic way to mark such a special occasion!

Principal April Herzog said “We have so much going on here at PQA Llandudno! Staff and students alike are all so excited to be making our West End debut in just a few weeks. Students as young as six will be travelling to London to tread the boards at Her Majesty’s Theatre, with students up to the age of 18 taking the lead roles. To perform on the West End stage is many an actor’s dream, so for our budding young stars in North Wales to get the opportunity to do so is simply incredible. We first opened our doors in May 2017, and I can’t think of a better way to celebrate our 2nd birthday!”

We smashed our fundraising target, raising over £200 at our bake sale as our final fundraising event for our West End performance! A huge thank you to all the efforts of our PQA families and our students.

Head on over to our Facebook page for pictures and videos of the event: 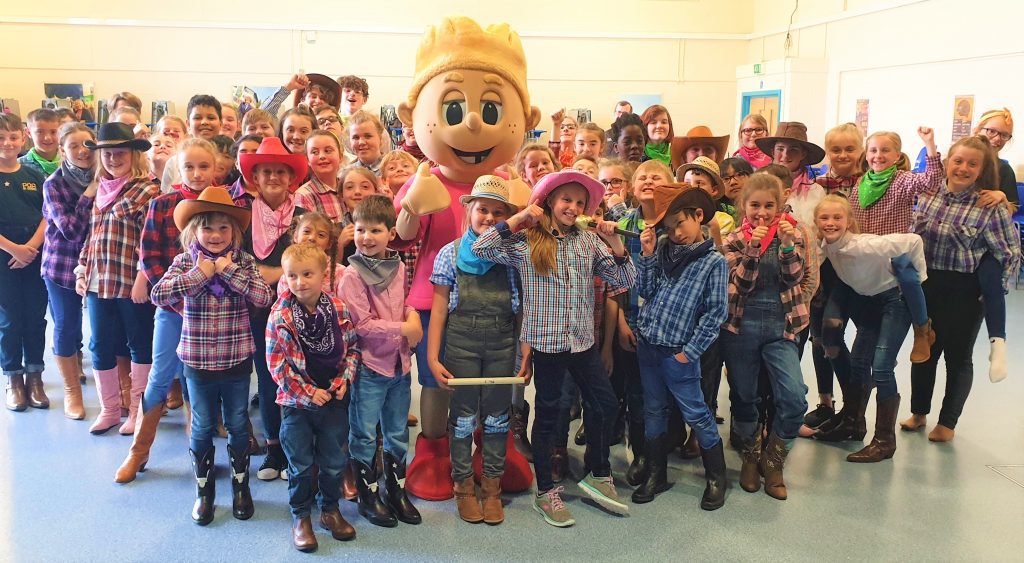 Other news from Conwy

On Saturday 13th June, students from PQA Llandudno were put through their paces by stage…

Trinity Exam Success – Distinctions Across the Board!

Fresh back from our roaring success with “Trouble’s A Brewin”, performed at Her Majesty’s Theatre…