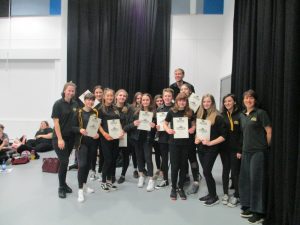 The students from The Pauline Quirke Academy of Performing Arts in Hull dazzled their family and friends with a fantastic performance of PQA’s show ‘Trouble’s A Brewin’!

Every student at an Academy gets offered the opportunity to perform on a West End Stage. PQA Hull had the thrill and buzz of performing at Her Majesty’s Theatre in front of hundreds of people!

Trouble’s A Brewin’ is a musical comedy set in the Mid-West Town of Alberquirky, Sheriff Trifle is the head of Law Enforcement and is trying to catch a group of Bandits called THE NOT-SO MAGNIFICENT THREE led by BILLY THE GIRL! PQA Hull were able to be creative and imaginative with their scenes, including the casting, staging and choreography! 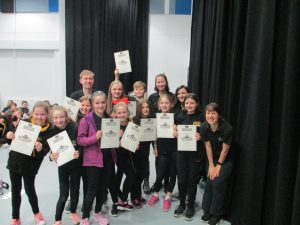 James Aconley, Principal of PQA Hull said “The students should be so proud of all their hard work and commitment leading up to the show. The students had so much fun and absolutely loved performing to a sell-out audience!”