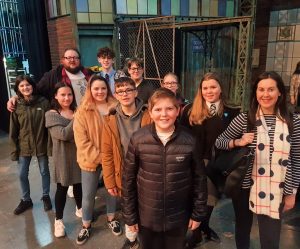 ts were treated to a “Kinky Boots” masterclass! This was led by Demitri Lampra who plays ‘Don’ in the major tour, which just passed through Venue Cymru this week! Students learnt the choreography for the finale from the show and performed to an invited audience at the end of the day.

Red Group students were also taken on a backstage tour, including a Q&A session with Demitri. They got to explore the set and costumes and even got to touch the coveted ‘Kinky Boots’ themselves! 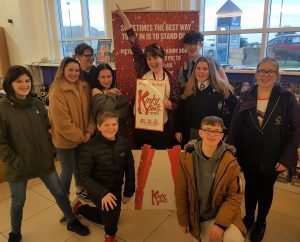 Principal April said: “This was an incredible opportunity for our students to experience some of the ‘Kinky Boots’ magic first-hand as it made its way through Llandudno last week! Demitri delivered an unforgettable masterclass for our students, which was such fantastic fun. Everyone was buzzing from the experience! I’d like to thank Demitri, and all those backstage at the tour and at Venue Cymru, for making this week unforgettable for us all!”

Other news from Conwy

On Saturday 13th June, students from PQA Llandudno were put through their paces by stage…

Trinity Exam Success – Distinctions Across the Board!

Fresh back from our roaring success with “Trouble’s A Brewin”, performed at Her Majesty’s Theatre…