On Saturday 11th January our PQA York AM students were treated to a masterclass with professional actor Joe Hufton from Les Enfants Terribles Theatre Company.

The students learnt techniques and skills involved with creating Immersive Theatre, as part of their ‘Alice’s Adventures at PQA’ project which will culminate in an Immersive Theatre Show in April 2020.

Les Enfants Terribles are a theatre company that specialise in storytelling through a variety of mediums. They have had numerous successful stage shows, such as The Terrible Infants, The Trench and The Vaudevillains; a variety of outdoor family shows; and perhaps their most well-known works have been their immersive productions which have included Dinner at the Twits, The Game’s Afoot and Alice’s Adventures Underground.

The students thoroughly enjoyed their masterclass with Joe, and left feeling inspired and motivated for their own piece!

“The students worked exceptionally hard in their masterclass, and it was a real thrill for them to work with Joe Hufton who not only wrote the PQA adaptation ‘Alice’s Adventures at PQA’, but is also one of Les Enfants Terribles’ Associate Directors”, said Principal James Aconley. “I can’t wait to see their hard work come to fruition in their very own production later this term”. 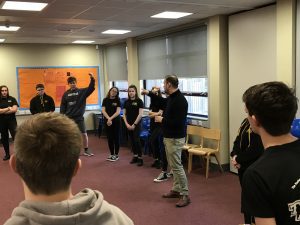 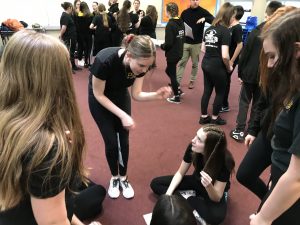 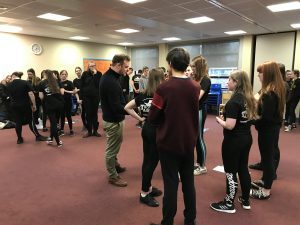 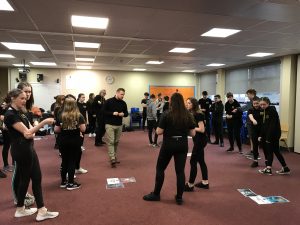