We won’t do a Christmas show this year we said…. That was until we got asked to perform in ELF! The musical in Cardiff’s Motorpoint Arena!

This Christmas PQA Cardiff students will be gracing the stage with their presence dressed as elves and Santa’s taking part in the biggest show in Cardiff!

Excited doesn’t quite cover the reaction when we announced this, and with the show getting closer and closer the kids can hardly contain themselves!

Feeling Christmassy in October we started work on the musical numbers, with the vocals nailed down its time for the choreography, then not long till the show itself! 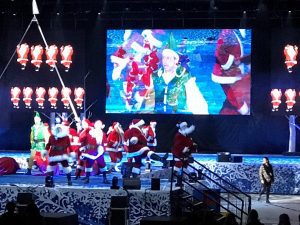