Students from PQA Scarborough travelled to Sheffield to the annual PQA Northern Film Festival. The Film Festival was held at Cineworld Sheffield where PQA students had the entire venue to themselves!

Students were told to ‘dress to impress’ and were invited to walk the Red Carpet on arrival complete with a team of Photographers to give them the real VIP experience. Students then received a costume making workshop before heading into an exclusive screen showing the country’s winning films!

Students from PQA Scarborough wrote, directed and filmed their winning films; Detective Bob and Bobby, Too much for Ghost Hunters, Power, Teacher Training Day and The Christmas Bell with the help of their PQA Film & TV teacher, Vic. Their films were entered into the national competition along with hundreds over other entries from across the country. PQA Scarborough left with five awards!

Principal James said, ‘‘We are so proud of our fantastic students from PQA Scarborough. It was a real privilege to get to witness the students hard work shown on the big screen. It gives our students a real taste of their future if they would like to enter the film industry on or off screen.

Film & Television is an integral part of PQA for our students, as well as our other modules Musical Theatre and Comedy & Drama.’’

James, continued, ‘‘It is important to us that our students experience a module that is industry-led, taught by professional filmmakers covering the craft of film and television, production, and screen acting. They use industry-standard equipment in a fun and practical environment. Our students are always learning and using their creativity to tell wonderful, original stories.

The Film & Television experience at PQA gives children and young people an excellent introduction to development, pre-production and production techniques by creating, filming, and screening short films of their own. Students take on roles in front of and behind the camera, working in production company teams which mirror how professional film sets are run!’’

You can find more information on PQA Scarborough here: https://www.pqacademy.com/academies/scarborough/

Spaces at PQA Scarborough are limited. If you would like to book a free taster session for your child contact Principal James Aconley at [email protected] or call 07753 179070. 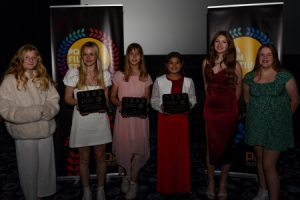 Other news from Scarborough