Now in its third year, the PQA Screenings at the Birmingham Film Festival saw audiences brave the snow for this not to be missed event.

Principal of PQA Wolverhampton, Julian Elcock, has been the driving force behind this superb opportunity for students. PQA Wolverhampton, PQA Swindon, PQA Derby and PQA Sutton Coldfield were all in attendance, demonstrating their student’s filmmaking skills, and watching the students’ imagination and creativity come to life on the big screen.

Students from all age ranges were part of the event and the winners from each category were ecstatic with their PQA Trophies!

Please put your hands together for our amazing winners:

The films from the PQA students received serious high praise from the organisers for the superb quality and content of the entries.

Look out for the PQA screenings coming to the Birmingham Film Festival in 2022, where we’ll be aiming even higher!

Find out more about our Film & TV module here 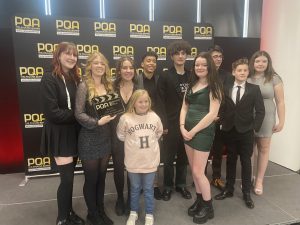 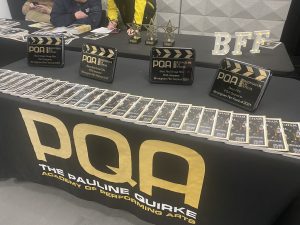 Other news from Academy News

PQA Windsor students have been working hard on their latest production ‘PQA Windsor Rocks’, a…