As the Academy begins face to face lessons again after lockdown, a move to Wolverhampton Grammar School gives students new facilities in a new location near the City centre.

“Our students will be performing on stage at The Shaftesbury Theatre in the West End in October and this move allows us to rehearse better”, said Julian Elcock – Principal of the Academy. “We now have a fully equipped dance room and a huge hall space that we can use to recreate the exact measurements of the stage and wings to make for better rehearsals. The whole teaching team is excited to get going and on 24th April we have a very special event for our students with Joanne Clifton from Strictly Come Dancing”.

The specialist facilities of WGS will give students the best of facilities and lovely grounds to work in. Lots of work is going on now to prepare for the move and to introduce new prospective students to PQA.

The students of the Academy will be moving on to some amazing projects in the coming months, in Musical Theatre they will be preparing for our incredible West End performance in 2021 (The whole academy has the opportunity to perform in London’s iconic West End at Her Majesty’s Theatre home to Phantom of the Opera in a specially written musical). In Film and TV, the students will be shooting loads of films for the Birmingham Film Festival while in Comedy and Drama they are exploring characterization with RSC actor Julian Hoult. 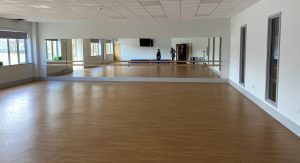 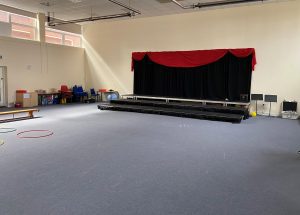