Students from PQA Wolverhampton have had the opportunity to see the 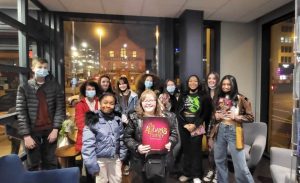 very best at work in 2 fabulous trips to the theatre in the last couple of
weeks.

Beginning with School of Rock a few weeks ago and then The Addams
Family last week each trip took nearly 20 students to The Alexandra Theatre
in Birmingham.

Both shows were fantastic and everyone attending loved them. Principal
Julian said “We were fortunate to get great deals for both shows, especially
The Addams Family where our Comedy and Drama teacher (also) Julian 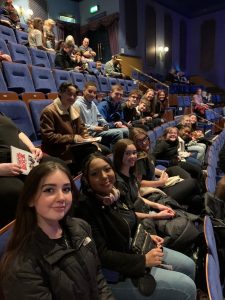 knew a member of the touring cast. As an added bonus Joanne Clifton of
Strictly fame who played Morticia Addams had worked with many of the
students in a special Online Session last year so the students found that
particularly exciting”.

“Seeing live Theatre is so vital for young performers” teacher Julian said,
“there is no substitute for seeing professionals at work and experiencing the
thrill of becoming engrossed in a big show”.

Students from the academy now have the prospect of another great trip with
special tickets to see Waitress when that arrives in Birmingham in May.
Further enquiries are in place to arrange more trips for later in the year
expanding to include younger students and non musicals too.

PQA, which was started by actress Pauline Quirke and her producer
husband Steve Sheen in 2007, is a weekend performing arts Academy
providing tuition for children and young people from 4-18 years. Students
spend three hours rotating through hour-long sessions in Comedy & Drama,
Musical Theatre and Film & TV. There are more than 170 Academies
nationwide. 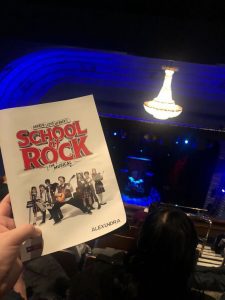 About PQA: PQA is a weekend performing arts Academy providing tuition
for children and young people from 4-18 years. Students spend three hours
with us rotating through hour-long sessions in Comedy & Drama, Musical
Theatre and Film & Television. Students are split into groups according to
their age and are taught by specialist teachers. PQA was started by actress
Pauline Quirke and her producer husband Steve Sheen in 2007 with an
Academy in their local town Beaconsfield. This proved to be a very
successful venture and led to further openings over the years now totaling 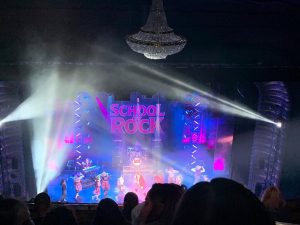