Home | So Much Going on…

The coming months are going to be very busy for students of PQA
WOLVERHAMPTON as all sorts of events and classes take place.
In Comedy & Drama the students will be preparing short plays or scenes
through the term with a view to a performance in July. Our youngest will be
working on A Midsummer Nights Dream, the middle group on Dracula and
the older students looking at contemporary material focussing on The
Crucible.
In an ambitious move Film & TV and Musical Theatre will be joining forces
to produce 4 brand new filmed Musicals. Students will learn the differences
between a show for a stage production and one to be filmed. The resulting
films will be shown at a special PQA session at Birmingham Film Festival in
November.
In addition older students have the opportunity to visit Screen and Film
School Birmingham to see what careers are available, take part in a
workshop and discover a taste of student life. This is part of our efforts to
reveal to students the wide range of possible careers in all parts of the
performing arts industry.
“Later in the year students will be travelling to London to see The Tempest
at Shakespeare’s Globe Theatre and again will not only take a backstage
tour but also participate in a workshop with practitioners from The Globe
based on the play” said Principal Julian, “ This is a fabulous opportunity to
see live theatre and if time allows we also intend to add on some extra
drama themed visits too. Students need to see theatre in person, it is a vital
part of their education and personal growth”.
Students will also be participating in a drama festival in June, taking part in
workshops as well as performing pieces from there C&D classes to other
students from across the PQA family. 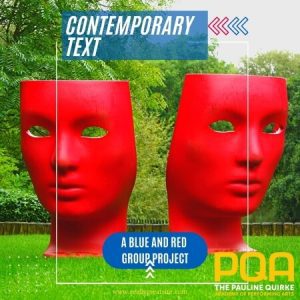