Students at PQA Wolverhampton had the opportunity to learn the skills of
Screen Combat with an instructor from the amazing company True Edge
this Saturday.
The students learned the basics of punching, hair pulling, biting and more
with tips and tricks on how to adapt the skills to filming work using camera
angles and editing to make them even more realistic. Students from all ages
took part within their groups so that the techniques were adapted for them
specifically.
“The sessions were exciting and active allowing students to get a feel for
the techniques in a fun and safe way,” said Principal Julian, “The guys from
True Edge as well as working on major films and shows are vastly
experienced at working with young people so the students had a fun time
learning new skills, thinking about them from the perspective of filming
them”.

The session with True Edge was a masterclass offered free of charge to
students by PQA as part of their membership, other masterclasses include
Stand-Up Comedy, Wound Make-Up, Writing for Screen and more – all with
industry professionals experienced in introducing the skills to young people.

Principal Julian will be looking into what to choose as the next masterclass
later in the year. 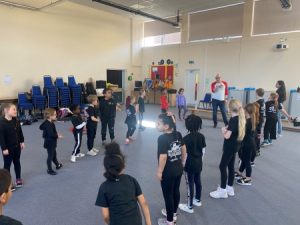 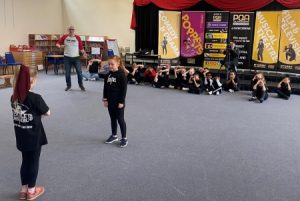