Students at PQA Wolverhampton took part on Saturday in a Monologue Slam where they all performed prepared monologues before invited judges.

Every student in the Academy from 6-18 prepared a monologue from a selection over the preceding weeks and on Saturday they performed these to judges brought in especially for the occasion including a regular from the Games Of Thrones cast and a professional academic with over 40 years experience in the performing arts field.

The standard was extremely high this year and the judges had a very difficult task choosing between the students, in one group there were just 7 points between the highest and lowest scores. The winning performances will be filmed in the coming weeks and submitted as entries for the PQA National Showcase Finals held annually in London at PQA Studios, the full time school run by the academy for 16-18 year olds.

The Comedy and Drama teacher at PQA Wolverhampton has a strong track record in this project with at least one student winning through to the National Showcase Final in London each year. 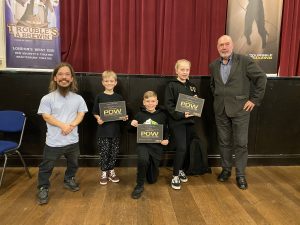 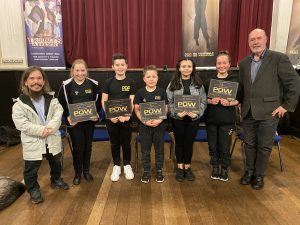