Students from PQA Wolverhampton along with 2 from PQA Bridgnorth came together to perform at the amazing Edinburgh Festival Fringe in August. Performing WINGMEN written by Principal Julian.

11 students from the academies prepared and rehearsed the play before heading off for a week in Edinburgh performing the play to audiences at the Fringe. It was the second time at this huge event for some of the cast and staff while others were part of last years team.

The play was written by Julian after he learned of a local wartime airfield which has become a nature reserve being earmarked for development, this inspired the story of 3 airmen facing up to their 13th flight while at a dance organised by locals at an airfield behind the front lines. With references to local places and events it exposes how chance and fear play a part in how people face adversity.

Students not only performed but were out marketing the show on the streets of the city throughout the day, handing out leaflets, putting up flyers and talking to people about the show. It is an incredibly busy place with vast numbers of people flooding into an already busy city, some 2.5 million visitors over the 4 weeks of the festival. There are over 56,000 performances during this time so standing out from the crowd and drawing an audience requires work and effort.

Additionally, students performed a slot on an outdoor stage on The Royal Mile to promote the show, a totally different experience performing to a passing audience and trying to draw a crowd.

It wasn’t just performing though, students went to a string of fantastic shows from a wonderful one man show to improvised musicals, magic shows and reviews. Students met fantastic people from many shows and saw a variety of styles from one man drama to stand-up to musicals. A visit to the world famous Cambridge Footlights which spawned Stephen Fry, Monty Python and so many more was a highlight as was a live performance of Who’s Line Is It Anyway hosted by Clive Anderson and featuring Marcus Brigstock and Greg Proops.

“The absolute highlight moment of the week was opening social media to see that we had been awarded 5 stars by the Derek Awards, the most prestigious awards at the fringe. Beating shows written by established writers was incredible and amongst some superb shows to gain the highest award was remarkable testament to the effort the whole team put in” said Julian, writer of the show and Principal of the academy.

“We all learned a huge amount about performing at the festival and will definitely bring this to future visits, the students were very tired by the time we set off back to the Midlands but they had a fabulous time and every one of them spent the trip back planning for 2020”. 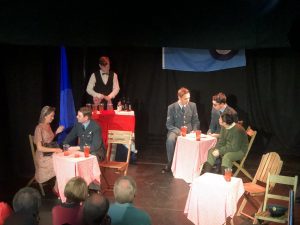 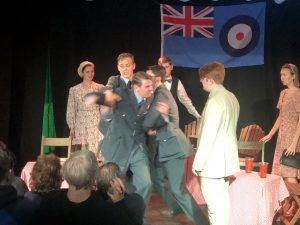 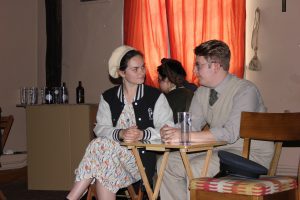 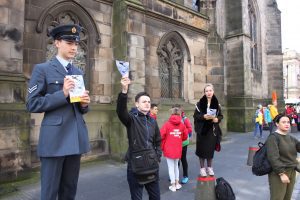 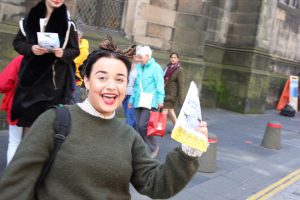