Students of PQA Wolverhampton were in the privileged position of learning a routine with the amazing Joanne Clifton of Strictly Come Dancing fame recently.

As a special event to thank those who had stayed with PQA during the lockdowns and those too who took the plunge and joined even though things are still not back to normal Principal Julian booked the class for students.

The students of the academy got to work with Joanne on the winning routine from the 2016 show followed by a Q&A, the session overran with so many students asking questions and excited to see the glitterball trophy too.

“Our students have put up with a lot over the last 14 months, zoom classes are not ideal for performing arts but they have worked hard on Saturdays to keep their skills and most importantly their motivation at a high level. The workshop with Joanne was a special treat to welcome them back. I was proud of the way they took to it and worked hard to master the routine Joanne performed with Ore Aduba”.

PQA runs in the specialist facilities of WGS which give students the best of facilities and lovely grounds to work in.

The students of the academy will be moving on to some amazing projects in the coming months, in Musical Theatre they will be preparing for our incredible West End performance in 2021 (The whole academy has the opportunity to perform in London’s iconic West End at Her Majesty’s Theatre home to Phantom of the Opera in a specially written musical). In Film & Television, the students will be shooting loads of films for the Birmingham Film Festival while in Comedy & Drama they are exploring characterization with RSC actor Julian Hoult. 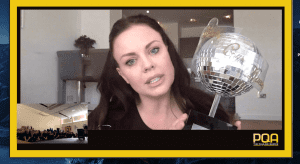