A PQA Day In The Life Of……Shaz, Our Fabulous Assistant

Home | A PQA Day In The Life Of……Shaz, Our Fabulous Assistant

A PQA Day In The Life Of……Shaz, Our Fabulous Assistant

After setting up the Poppets room with Emma (Poppets teacher), I began setting up the main academy. This includes making sure the sign-in tables were ready to go and the front of house was PQA read. Including ensuring all of the pop-ups and signage is up. Then, we welcomed back our students with an action packed day, which, as always, started with our assembly and warm up dance.

This week, I was responsible for the warm-ups in Musical Theatre. I started the Green and Blue groups off by sitting them down and having a chat about their Christmas break. In the Green group we went around the circle and everyone introduced themselves and spoke about their Christmas break. We had a few new students with us today, so I thought it was really important for everyone to introduce themselves.

We then moved on to playing some brand new drama games in Musical Theatre. I started the Green Group off with a game of ‘Cat and Mouse,’ they really enjoyed the fast paced game, where they were able to run around and chase one another. We then moved on to teaching them a fast paced dance choreographed by our wonderful teacher, Jess. I was so impressed by how quickly the Green Group picked up the dance moves and it was wonderful to see them all singing and dancing along.

After that, it was on to Comedy & Drama with Fynn. Green group were able to play around with characterisation, through a game called “Why are you late?” We start by asking one person why they are late for work and the rest of the group have to act out the reason. It was really fun to see all the children figure out how to act out the different scenarios.

I then headed back to Musical Theatre with the Blue Group. Again, I took the lead with the beginning of the session. I asked the blue group to sit in a circle and again go round and introduce themselves and say what there favourite thing to do over Christmas was. We then played another new game called body shape, where the students are placed into small groups and I shout out a scene or thing like a roast dinner and they have 10 seconds to create an image using everyone in their group. It was amazing to see the creativity and teamwork from each group, I was truly amazed at some of the things they came up with from a splash of gravy to curtains on a stage. Jess then began teaching them some choreography, this dance was very fast paced and the moves were slightly more complex. I was again amazed at how quickly the Blue Group picked up the moves and it was lovely to see them all singing along to the song. Week after week, the Blue Group amaze me with how quickly they are able to learn dance routines and I can’t wait to see how they develop over the coming weeks with our preparations for Legally Blonde Jr.

Coming to the end of the day we all gathered once again for our assembly. In this weeks assembly, we sang Happy Birthday to a member of the Red group, Lacie, who turned 14. We then presented our certificates ,POWs and FOWs, to the groups. My job here is to take some photos and videos for our social media pages, ensuring we are able to celebrate the amazing achievements of our students.

It’s now the end of the day and its my responsibility to sign out the Green Group. This is one of my favourite parts of the day as I get to chat to the parents and tell them what we’ve been up to. Being able to chat to the parents and tell them how their children have been and what has impressed me is a very valuable time for me, the kids are so excited to tell their families all the things they’ve been doing and I get to be a part of that excitement.

After this, I then move on to packing everything away with the help of the rest of the team. Once we have packed everything away we have a quick team meeting to reflect on the day and get an update on anything that is coming up.

I truly love working at PQA with our amazing students and such an incredible team of people who are so dedicated and just as excited as I am to help these children prepare for their future. 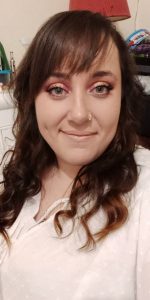